I wanted to surprise my wife for Christmas. She is a redheaded Harry Potter fan and mom, which inspired the idea to build a Weasley Clock. I got the idea in February, so I had 10 months to get the project designed and built. For those unfamiliar with Harry Potter and the Weasley Family, the Weasley wizard family owns a magical clock that instead of telling time shows the location of each family member with a separate hand. Here's an excerpt from Harry Potter and the Goblet of Fire (J. K. Rowling, 2000): Mrs. Weasley glanced at the grandfather clock in the corner. Harry liked this clock. It was completely useless if you wanted to know the time, but otherwise very informative. It had nine golden hands, and each of them was engraved with one of the Weasley family’s names. There were no numerals around the face, but descriptions of where each family member might be. “Home,” “school,” and “work” were there, but there was also “traveling,” “lost,” “hospital,” “prison,” an
Post a Comment
Read more 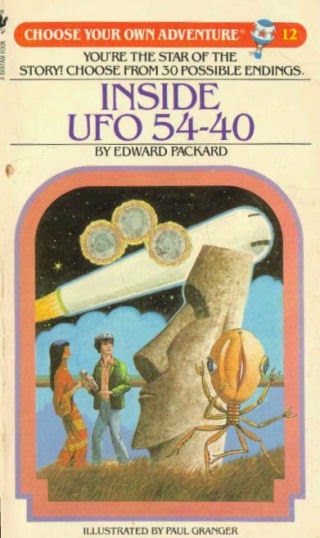 I enjoyed my recent Learning to Learn course and wanted to share my class project. The instructions were to create a instructional tool that taught three or more of the concepts covered in the course. Most students created PowerPoint style presentations. I got a little inspired and created my own Choose Your Own Adventure . I tried to inject a little humor and fun into the learning process. You can check it out here: https://writer.inklestudios.com/stories/fzh3 A big thank you to Inkle Studios for providing a fantastic, free, online writing application.
Post a Comment
Read more

A Mind For Numbers 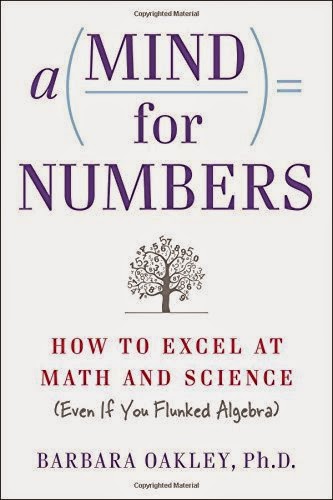 One of my ongoing personal projects is discovering good techniques and tools for teaching math, science, and a problem-solving mindset to our two elementary school-aged kids. To that end, I recently read Dr. Barbara Oakley's excellent book: "A Mind for Mathematics: How to Excel at Math and Science (Even If You Flunked Algebra)."   Dr. Oakley's own story is inspiring. She transformed herself from a math-phobe into a professor of engineering. This book is not your usual anecdotal self-help book. While the tone and writing are very casual, the material is completely scientific. All the information is based on the latest brain research, and the book includes a comprehensive bibliography. I did not need to read the underlying psychology and brain research papers to see the truth of what Dr. Oakley wrote. I found myself reflecting on my own successes and failures in learning. I’ve always considered myself naturally talented at math. I ended up with a BS in Ma
Post a Comment
Read more

I have recently discovered Coursera . They offer hundreds of online courses in a wide range of subjects. Most courses are roughly equivalent to an semester-long undergraduate level course. Some are easier and some are equivalent to graduate-level coursework.  I got started with Andrew Ng's Machine Learning (ML) course . I have been curious about machine learning, but a little biased against the field based on my limited knowledge of Artificial Intelligence (AI). My impression (and that of many others) has been that AI has long over-promised and under-delivered. However, recent advances in ML and its use in analyzing big data sets made its potential impossible to ignore. When I started the course, I did not know that Professor Ng had helped found Coursera. Nor did I realize the extent of his influence in the field of machine learning . Learning these facts gave added weight to his personal anecdotes about applying machine learning techniques. When Prof. Ng includes advice on
Post a Comment
Read more

May is here again, that means bike to work month and bike to work day, May 12th . For the last two years I have participated in the Bay Area Bicycle Coalition's Team Bike Challenge , a friendly contest to see what teams and companies can log the most bike commutes. In 2010 I challenged myself to bike to work for every commute and did it. This year I'm planning repeat that, with the added challenge of getting 1000+ ft of climbing each day. On average at least, because some routes don't have any hills.  Blekko is going to be well represented in the company competition ( Blekko Team Standings ), with almost 50% of the employees planning to participate. I think we have a good shot at placing in the small company (less than 50 employees) competition. Last year Blekko was co-winner of Strava's own bike to work challenge taking the distance per member competition (admittedly skewed by only having two team members: Bob and me). The overall winners were our "nemes
Post a Comment
Read more

May is Bike to Work month, with May 14th being Bike to Work Day. The local Bay Area Bicycle Coalition ran a bike to work challenge. Whereby local companies signed up teams of bike commuters, who accumulated points for every day they bike commute in May. I signed up Blekko and drafted 4 other coworkers to complete the team roster. Blekko did alright in the standings , despite most of the team having a 24+ mile one-way commute! Where we really did well was total miles bike, over 1240, of which 498 were mine. Sadly miles have no impact on final score, or else we would have been 3rd in San Mateo County. Here are some observations from a month of bike commuting: Fewer trips by car means fewer visits to the gas station. I keep leaving the house withoug my car keys, several "doh!" moments this month. Eating more and sill losing weight is very cool. Great training for the Death Ride in July. Redwood Shores has the worst stop light sensors. Almost none detect bikes. I am sup
Post a Comment
Read more
More posts